Farrier visit for the little dude 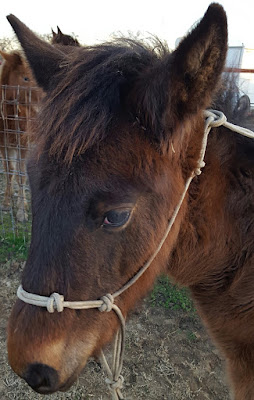 Email ThisBlogThis!Share to TwitterShare to FacebookShare to Pinterest
Labels: Justice 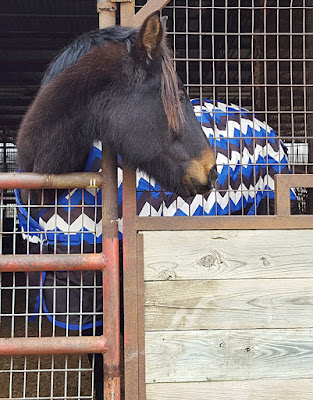 So among the things I've found exciting about this whole "owning horses" deal is buying new, shiny things.  (Seriously, give me half a chance and a bigger budget, and I'm going to be a hell of a tack whore.)

By the time it finally got cold and rainy, I had a plan.  My barn friends have blankets that will fit Justice until he's big enough that I won't be buying a new one every year, but Cessa long ago stopped getting bigger.  (Well, in the ways that matter - girl isn't exactly a hard keeper...)

She's worn blankets before; it shouldn't have even been an issue.  But between the cold weather, a bit of a wind, and the crinkly noises of a new blanket - and hell, maybe the stripes instead of a solid color - she spent over an hour following me around the stall as closely as she could.  You could almost see the text over her head: 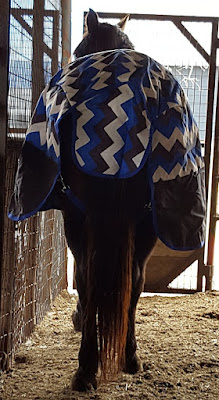 Mom!  Save me from this thing!  It's eating me!

By the time I left, she'd gotten over herself, but I was cracking up.
Posted by Sarah W at 9:23 PM No comments: