As I told my BOs: I distinctly remember buying a brown baby...
Also, I'm pretty sure the Mane N Tail Spray-Away Horse Wash stuff is magic.  Used it when I bathed baby boy two weeks ago, and he is just... silky, despite the rain and mud that happened since then.  And I used it last fall on Cessa, and she stayed surprisingly soft-coated all winter.  It's a little awkward, because you're basically carrying around a small jug, and it sometimes takes a little extra effort to wash out the soap because it sprays it into their coats really well, but... uh... I'll take it?  Particularly at less than $15 and we've washed at least four horses with it now and we've barely made a dent in what's in the bottle.

Speaking of Cessa, she got some photo time too.  She is in raging heat right now, so she keeps coming to check on the boys.  I actually got a nice series of photos of her talking to one of the boys, but it wasn't until I got home that I discovered how interested he was in her.  Yeahhhh, I'm just... gonna leave off posting those on the internet... lol. 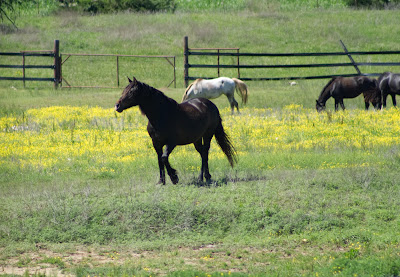 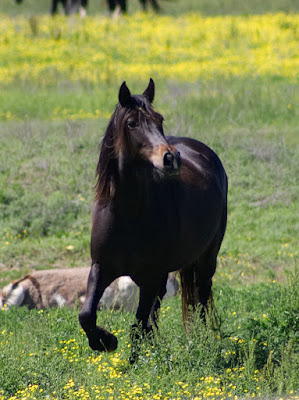 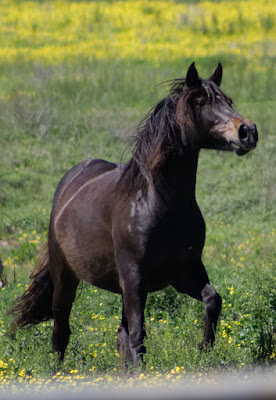 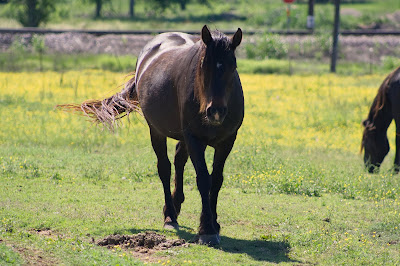 And last but not least, new baby is still stinking cute: 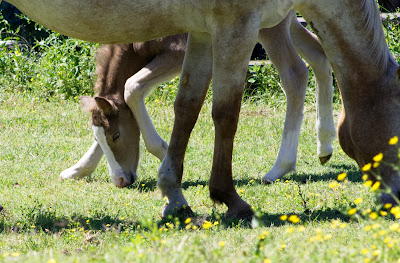 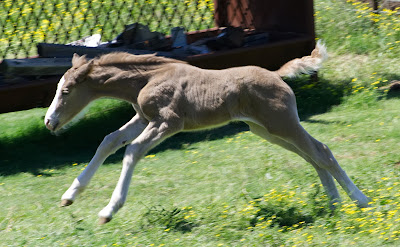 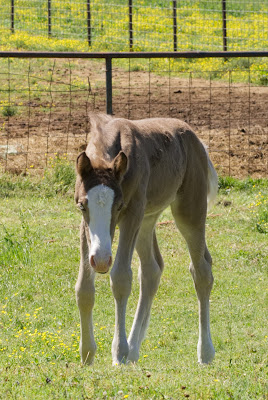 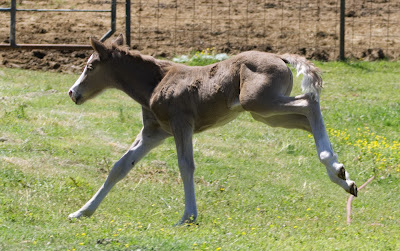 She's also officially silver black, which tells us who Daddy was.  Considering he was... uh... taupe as a baby, we're not sure how dark she'll end up.
Posted by Sarah W at 8:29 AM 3 comments:

Just found out that the only relative in my extended family that ever understood the horse thing passed away last night.  She'd been unwell for a while - diagnosed with a brain tumor a few years ago, which went into remission but was coming back as of last year - and the gallbladder surgery she had about two weeks ago was evidently too much for her.

I would have liked to have her come up and meet my hooved beasties, but never did get that done due to her health.  It's only fair - she let me meet hers, a very long time ago.
Somewhere, I've still got the books and the Breyers she passed on to me when she decided she'd outgrown them.  Including the one I figure I'm destined to keep: I sold it at one used bookstore, didn't see it for a couple of years, and then managed to buy the exact same copy at a different used bookstore.

And that's that question answered!

I don't have the final paperwork, but I do know what Justice's test results are now!
Yup, somehow he missed out on getting LP from both sides of the family; he's just got one copy.  And to no one's surprise, he's patn/patn - just a plain old varnish roan.

Look who actually got a bath: 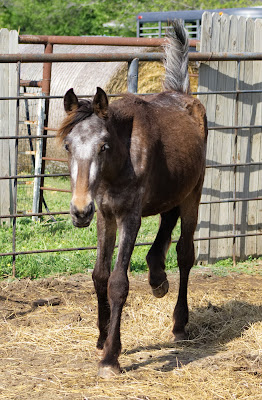 And he was very well-behaved for it - a little wiggly, and I could have done without the, "I don't want to circle right, so I'm going to step sideways into you over and over again," game, but for just shy of 2 years old and his first bath, I'll take it.  He even got his head wet, via spraying up in the air and letting it 'rain' on him, and was exceptionally good even when I accidentally managed to spray him full in the face.  (Oops!)
His shoulders are whitening out now.  And hilariously, so is his butt!

I also bit the bullet and cut probably a foot and a bit off his tail.  I generally don't like cutting hair off of horses, but... uh... the 1980s called and wanted the rat-tail look back.  So when my BOs suggested taking the scissors to hair that was probably going to break off soon anyway... well.  Two snips at the bottom of the white that's grown in, and then I banded it up and brought it home, because it amused me.
In other news, the BOs have a new baby! 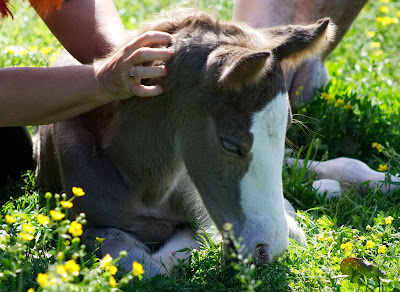 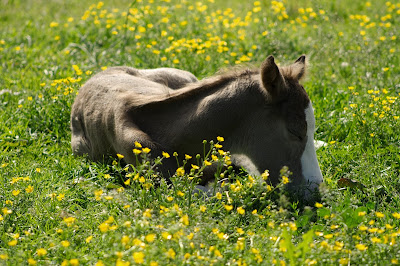 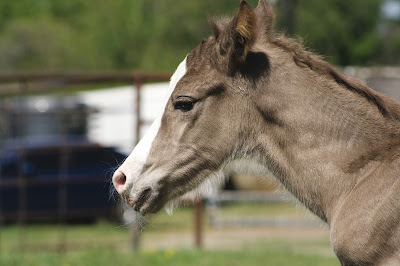 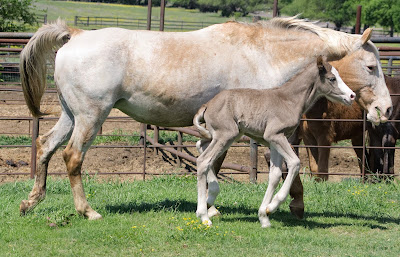 She was right around 24 hours old in these pictures, so she's a little contracted and folded up still.  Hair's been sent off for genetic testing on her; both parents have LP and while mom there is a chestnut, dad is black, so it's... it's really anyone's guess what the hell color she is.
Posted by Sarah W at 7:30 PM 2 comments:

While this morning wasn't rainy, it got eaten up with yard work (ugh) and a baby shower for a friend.

And the rest of the weekend looks like this: 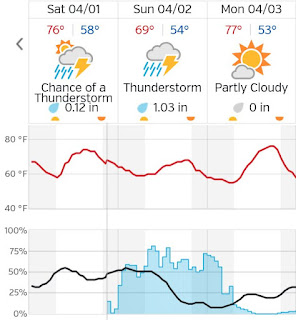 Yup.  And with no indoor arena, small barn, not much out of the weather.... Thaaaat'd be a, "No thanks," on all of our parts right there.

The one thing that did get accomplished is the kids moving back over to the main property.  I'm told that Justice wasn't too sure about whether he could fit in the trailer, but they did get him in without any problems.  They "annoyed him enough to get attitude" - apparently the one whole dirty look was fairly spectacular. lol

On the other beastie front, I think I have an opinion on my horse's pecking order in the herd.  Cessa is one of those horses that wants to be in charge, but she's... well, let's be frank here: she's an absolute bitch when she is.  One of her previous owners was so spineless about enforcing the rules that she got charged in the round pen a few times, something I have yet to see because I don't take that kind of shit.

Since the Great Blanket Incident, she's been doing things like coming to me when I call and being super lovey when she does.  Contrast this to this time last year, when I spent an hour chasing her up and down the fenceline while she flirted with the boys and flipped me the bird.  The year before that, she was lovey, but also pregnant and much lower in the herd pecking order.

So what's the difference?  Herd pecking order.  Last year, she was best buddies with the top mare in the herd.  This year, since I made her wear the blanket, she seems to be somewhere in the middle to bottom of the herd.  The year she was pregnant, middle of the herd somewhere.